During the first and third days of the meeting (20th and 22nd March) joint meetings of all participants were held at the headquarters of the host institution, the Universitet Soffiski in Sofia. The working sessions focused on the analysis of the documents and data obtained so far in the development of the project. To this end, each institution made a presentation of the findings and data of the Case Studies at 23 schools in the countries involved in the project. The results presented will be used for the preparation of an academic paper that will constitute one of the intellectual products of SS21DTIP project. Specifically, in Extremadura, the data for the case study of this project were obtained thanks to the collaboration of education inspectors, teams of teachers and management teams from six public schools in the school education sector (CEIP, IES and IESO) of both provinces, who have voluntarily collaborated by sharing their reflections, ideas and appreciations on school improvement and educational self-assessment in their centers. The methodology used were two focus groups per school, differentiating teachers and management teams. The questionnaires used are common to all centres and were prepared by the SS21DTIP Scientific Committee in international virtual meetings. Dimensions, reflections and conclusions can be consulted on the project’s website, ss21dtip.educarex.es.

During the second day of the meeting the participants had the opportunity to visit and know one of the schools in Sofia that has contributed to the development of the project. This is College 51. The center stands out for its innovative capacity, especially in the management, leadership and management of schools. During the visit the SS21DTIP participants had the opportunity to talk with the director and head of studies. Subsequently, some classrooms were visited.

On the afternoon 21st the Sofia Education Delegate and a large group of educational experts, who carry out educational inspection work in Sofia, received the SS21DTIP participants in their offices. The Delegate made a presentation on the organizational and legislative framework in which the actions of education experts in Sofia are carried out. In addition, the participants in the project exchanged reflections, questions and example of good practices in the different countries that make up the association.

In addition, agreements were adopted on the planning of the next activities planned for the development of the project and on the content and technical and conceptual planning of the Joint Staff Training Event to be held in Lamia, Greece, June 2019. 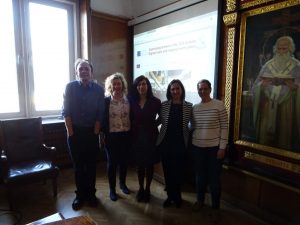 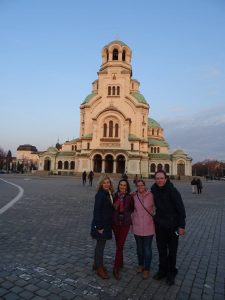 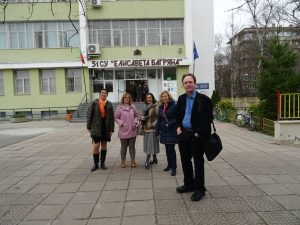 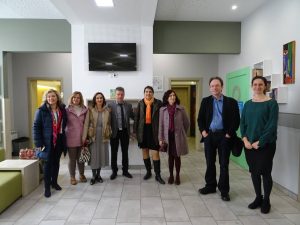 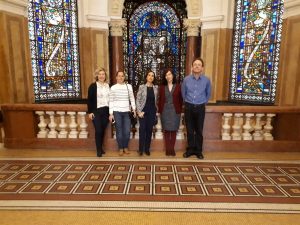 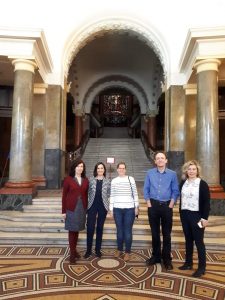 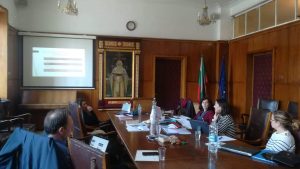 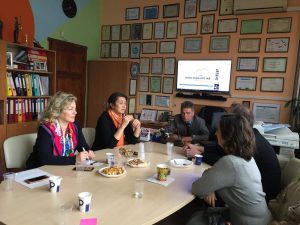 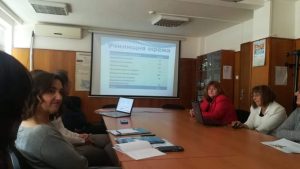 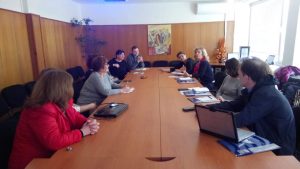